What is CTPAT and PIP? 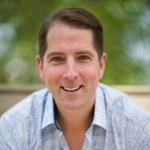 Updated 2 years ago by GB Robins

CTPAT (Customs Trade Partnership Against Terrorism) and PIP (Partners in Protection) are border security programs in the USA and Canada.

CTPAT is described as:

Customs Trade Partnership Against Terrorism (CTPAT) is but one layer in U.S. Customs and Border Protection’s (CBP) multi-layered cargo enforcement strategy. Through this program, CBP works with the trade community to strengthen international supply chains and improve United States border security. CTPAT is a voluntary public-private sector partnership program which recognizes that CBP can provide the highest level of cargo security only through close cooperation with the principle stakeholders of the international supply chain such as importers, carriers, consolidators, licensed customs brokers, and manufacturers. The Security and Accountability for Every Port Act of 2006 provided a statutory framework for the CTPAT program and imposed strict program oversight requirements.

PIP is described as:

Partners in Protection (PIP) is a cooperative program between private industry and the CBSA aimed at enhancing border and trade chain security.

This voluntary program has no membership fee. It is designed to streamline and make border processes more efficient for low-risk, pre-approved businesses recognized as trusted traders. As a member, you must abide by the roles and responsibilities outlined in the PIP Terms and Conditions of Use. In return, the CBSA will assess your company's physical, infrastructural, and procedural security, and will recommend necessary improvements. This will enhance the integrity of your production, transportation, importation and/or exportation processes.

A & A is not currently a member of CTPAT or PIP. We were previously members of PIP but in both cases we could not see the benefit vs. the work and overhead involved.

When CTPAT and PIP first came into effect after the attacks of September 11, 2001 - the technology world and working world were much different. (The iPhone had not yet been invented.)

The technology world has changed so much since then - all of our data is in the cloud, housed with Fortune 500 companies that have huge security teams.

Also with the advent of remote working being accelerated in 2020, the security of our offices (now empty), are not as relevant.

How did we do?

(opens in a new tab)

Powered by HelpDocs (opens in a new tab)